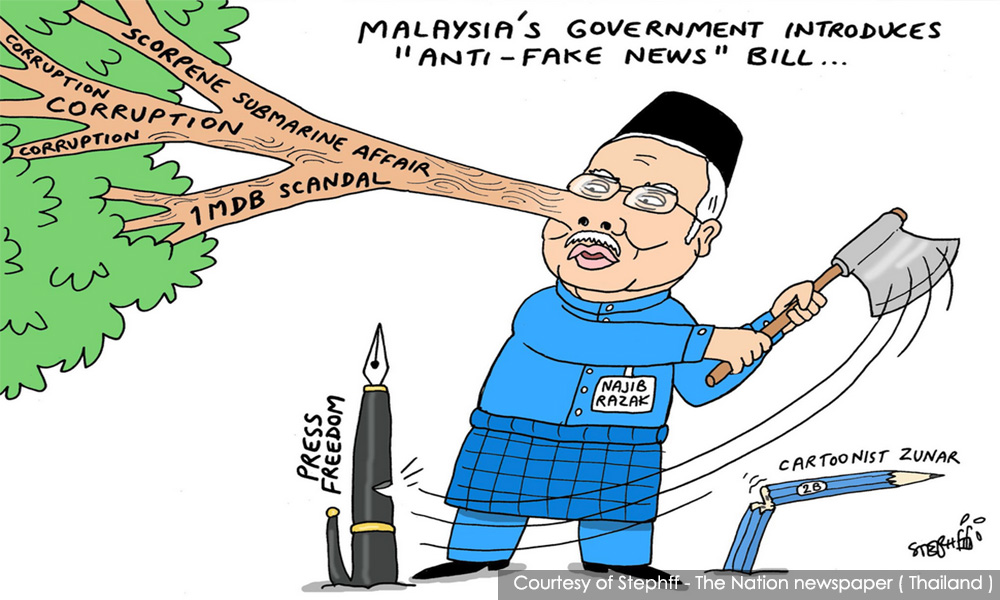 On 28th March, The Nation which is a Thai news portal published a caricature of Dato’ Seri Najib Razak. The Prime Minister seems to have a very long nose that looks like a tree branch, resembling Pinocchio’s. Scribbled on the branch or nose are famed issues which made headlines around the world. We believe this piece of artwork was inspired by recent Anti-Fake News Bill. Dato’ Seri was surely not spared from being in the limelight again.

The caricature was drawn by Stephff and depicts the Prime Minister chopping off his own nose. Apart from that it shows a broken pencil and a pen which has been damaged citing the need for press freedom in Malaysia.

As much as we find the caricature funny, but it also shows how disrespectful foreign medias are. Will the government officials make any statement or take action on this matter? We do hope they do!

TWICE Released Japan 3rd Single This Week, Watch Their “Wake Me Up” Video

Malaysian’s Reaction Towards The New Malaysia From The GE14 Results

Congrats to PewDiePie (aka Felix Kjellberg) And Marzia Bisognin. Like finally! After 8 full years, the king of youtube have finally

Yoona “To You” has been released!